The writer Leonardo Padura highlights the universal vision of literature 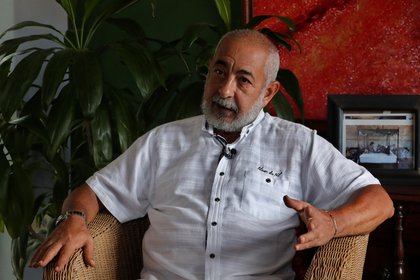 Guadalajara (Mexico), Dec 4 . .- Cuban writer Leonardo Padura, Princess of Asturias Award, defended this Friday the universal vision of literature, even if it arises from a personal history or nationality.
“We try to fulfill that clairvoyant mandate of Miguel de Unamuno to find the universal in the bowels of the local and in the unlimited circumscribed, the eternal. From a personal history you can have a universal vision because there is an element, belonging to the condition human, “the author noted.
Padura and the Mexican novelist Gonzalo Celorio starred in the conference “The faces of identity” at the Guadalajara Book Fair, in which they agreed that after the so-called Latin American ‘boom’, literature on the continent fled from nationalisms.
“Since the ‘boom’, the identity problem has been overcome, relegated, it is no longer the fundamental purpose of our literary expressions. After reading Carlos Fuentes, Julio Cortázar, Mario Vargas Llosa and Gabriel García Márquez, we don’t need no passport to circulate around the world with all legitimacy, “he indicated.
In one of the meetings at the Guadalajara Fair, which takes place virtually, Padura and Celorio spoke about the look beyond Cuba and Mexico in their most recent novels.
Padura expanded on the universality of “Como dust en el viento”, which touches on the issue of emigration in Cuba from the human point of view, with emphasis on a recurring value in the work of the Havana author.
“If I have any element in which I have not done apostasy, it has been in certain religions and one of those is the cult of friendship. One of the great gains that humans have and that distinguishes us from other species is not just writing novels, but friendly relationships that can save us, “he said.
Celorio spoke about “Los Apóstatas”, the third work in a family saga that runs through countries such as Spain, Cuba and Nicaragua, with Mexico as the starting point.
“I am a Mexican writer, even though I have Cuban and Spanish affinities. One has a cultural identity, but that identity in terms of literature has been relegated to the background,” he insisted.
Despite insisting on the vision beyond the national, the two authors accepted the attachment to their cities of origin, Padura to Havana, where most of their novels take place; Celorio to Mexico City, a city that he described as immeasurable, so writers can only write about them by region.
“I am a writer who writes in Habanero. I learned it with my daily practice, but also with reading other Havana writers. I never venerate Cabrera Infante enough in that sense, who demonstrated that it was possible to have a literary Habanero,” concluded Padura.