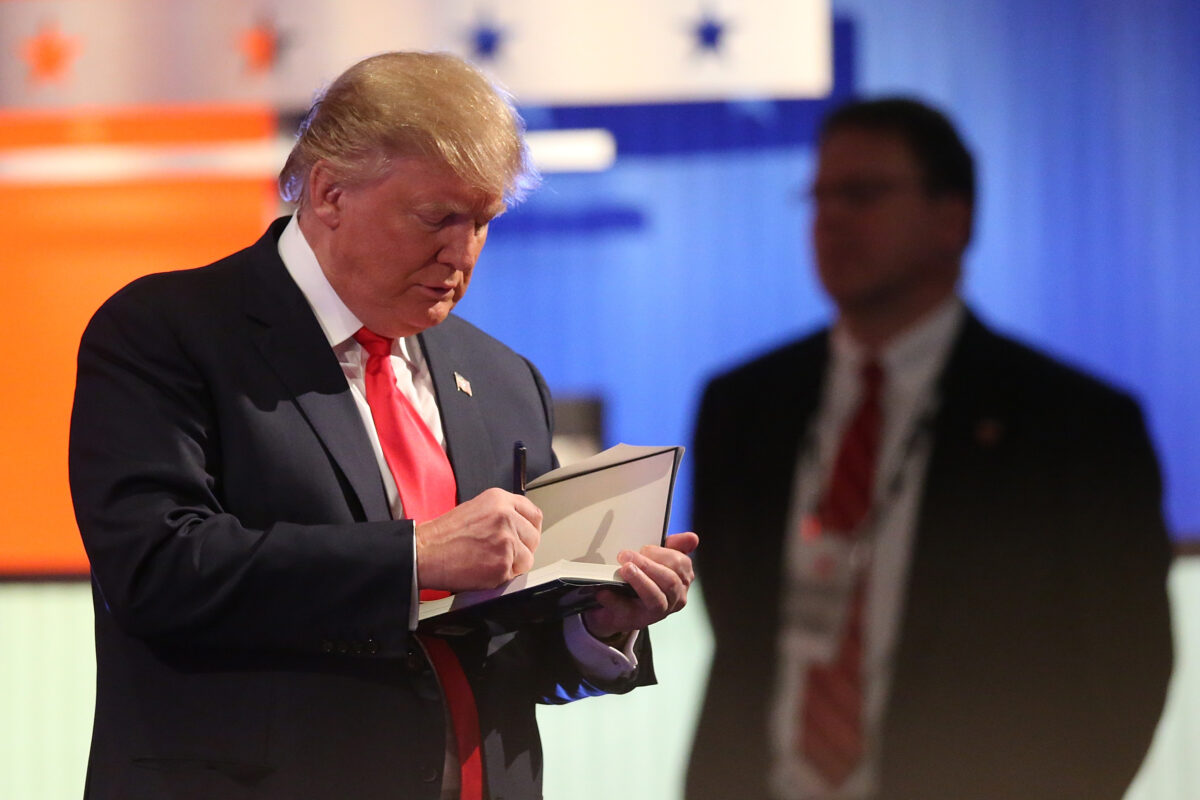 New York Times correspondent Maggie Haberman is one of several journalists working on a book about the Trump presidency, a list that apparently also includes Wall Street Journal reporter Michael Bender and the infamous Michael Wolff.

According to Politico, Trump is set to do a whopping twelve interviews with authors writing about him. And as the report notes, “The sheer number of book interviews is so massive that some in his orbit worry he may be doing too many and hurting his ability to monetize his own recollections for a book of his own, should he choose to write one.”

Jason Miller told Politico that they’re tracking “nearly three dozen post-presidency books where he will be the star.”

Trump, of course, has done interviews with journalists for books before. He rather famously did EIGHTEEN interviews with Bob Woodward for his book Rage, only to trash Woodward after damaging excerpts from the book started coming out.

And no, in case you’re wondering, Woodward is not on the list in Politico’s report:

In the coming weeks, Trump is expected to meet with several reporters who spent years tracking his political ambitions or covering his presidency and quest for reelection. The list includes The New York Times’ Jeremy Peters as well as Maggie Haberman; The Wall Street Journal’s Michael Bender; ABC News’ Chief Washington Correspondent Jon Karl; “Fire and Fury: Inside the Trump White House” author Michael Wolff; and Washington Post journalists Philip Rucker and Carol Leonnig. Some of the authors are capitalizing on the success of their previous Trump books — and the continued interest in his time occupying the White House — by writing a sequel.

And yes, apparently Wolff is really on the list:

Trump recently met with Michael Wolff, the author of the scathing Fire and Fury, per people with knowledge. Spox declines comment. Trump is interested in participating in many books about his presidency…

Wolff was widely criticized over his book Fire and Fury, including by Trump, who called Wolff “mentally deranged.”

The former president briefly appeared on Fox News Tuesday night to weigh in on his successor Joe Biden, and it’s basically viewed as a given that he will run in 2024.

Have a tip we should know? [email protected]