UVM Awards Inaugural Prize for Writing on Ecology and Economics 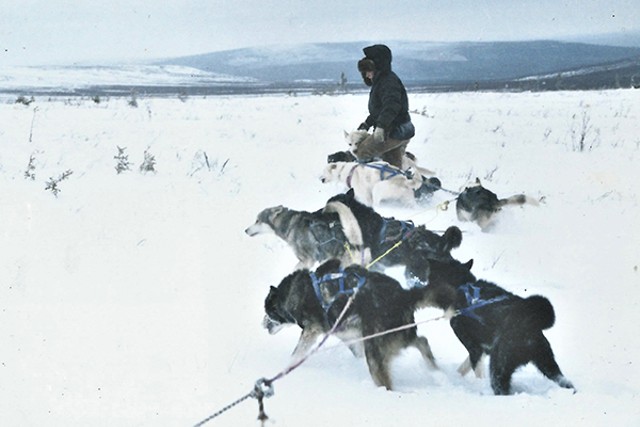 The first Eric Zencey Prize in Ecological Economics, named for a late fellow at the University of Vermont’s Gund Institute for Environment, was awarded this week to a book on the environmental history of the region surrounding the Bering Strait. The winner will receive $4,000 from a fund raised by Zencey before his death in 2019 at age 65.

Zencey was a scholar dedicated to advancing the idea of ecological economics, according to Taylor Ricketts, director of the Gund Institute. That means an approach to economics that “acknowledges the self-evident fact that the economy is operating inside the biosphere,” Ricketts explained. In other words, the economy is one system within a larger planetary system, and economic growth is limited by the physical limits of the environment.

“It’s a pretty wonky thing, and ecological economics has had trouble making its argument to the outside world … and that’s what was really special about Eric,” Ricketts said. “What he was committed to was making it relevant and compelling to the public and decision makers.”

Zencey had lived in Vermont since 1980, according to his obituary. He taught at Goddard College, SUNY Empire State College, Washington University in St. Louis, Mo., and UVM. As a Gund fellow, Zencey championed the use of the genuine progress indicator, an alternative to gross domestic product. The GPI measures economic growth while taking into account the negative impacts of economic activity, Ricketts said.

Zencey wrote four books, including a novel that was translated into a dozen languages. In 2009, the New York Times published his op-ed arguing against the use of the GDP measurement.

Several months before his death, after receiving a dire cancer prognosis, Zencey approached Ricketts with the idea of funding a prize for environmental writing. Zencey, his family and the Gund Institute raised enough money to fund an endowment that would provide a biennial prize of $4,000. Ricketts said the institute plans to keep fundraising to increase the prize in the future. 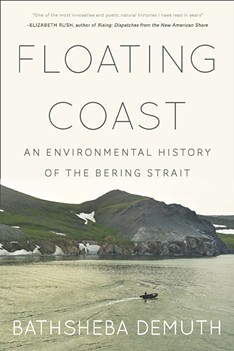 The first winner is Floating Coast: An Environmental History of the Bering Strait by Bathsheba Demuth, an associate professor at Brown University. Her research spans Beringia, the region on the east and west sides of the Bering Strait in the far north of Russia, Alaska and Canada. While the climates and species on both continents are similar, the former Soviet Union and the U.S. created markedly different economic systems. This allowed Demuth to explore socialism and capitalism and the differences in those systems’ relationships to the environment.

Demuth lived for several years in Canada’s Yukon Territory, which sparked her interest in the region. Much of her book focuses on human-animal relationships, which are integral to survival in the Arctic.

“I often used the relationship between people and whales, or people and walruses, or people and Arctic foxes, as a way of having a narrative that was grounded and had details and color,” Demuth said in a phone interview, “but that could also relate to some of these big questions — What is the socialist economy? And how is it different than a capitalist one? — without having to use words like socialism and capitalism over and over again.”

Demuth is an environmental historian, a relatively new field of study. In the 1970s, she said, historians began to shift from assuming humans were the only forces changing the course of history to “thinking about human beings as one of many kinds of animals or forces or events that actually shaped the way that history moves.”

The Zencey prize is important, Demuth said, because it inspires academics to communicate their ideas in ways that reach the broader public. Her success with this in her own work, according to Ricketts, is why Floating Coast is the “ideal inaugural prizewinner.”

Ricketts noted that the Gund Institute will encourage its students to read Floating Coast during the spring semester, and Demuth will give a virtual book talk on March 10.

The former agent who leaves us a literary legacy of spies

The former agent who leaves us a literary legacy of spies

10 Indie Comic Companies To Remember When Shopping For Holiday Gifts