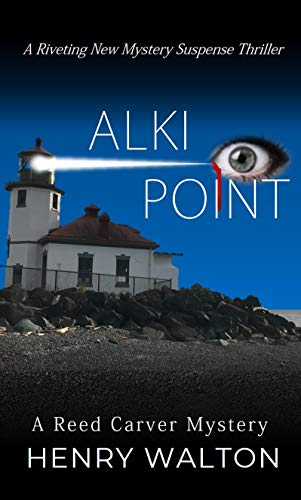 The first book in the series, Alki Point, features West Seattle High School and several local landmarks in the riveting murder mystery that has garnered impressive pre-publish reviews. The story begins when the body of a young woman is discovered in a submerged car at the base of the Armeni Boat Launch Ramp on Seattle’s Elliott Bay. Initial indications of an opioid overdose point to accidental death or suicide. That is until the coroner determines the frontal lobe of the girl’s brain was pierced by a sharp object that had been inserted next to her eyeball.

One week later, a second girl is found washed up in front of Alki Point lighthouse with similar injuries. Neither girl is from the Seattle area. It is a race against time for amateur sleuth Reed Carver to determine if there is a deranged serial killer on the loose in Seattle, or if there is any connection between two seemingly unconnected girls that will lead to their murderer.

Prior to Alki Point, Henry enjoyed success with his humorous Thaddeaus Shockpocket young reader series that chronicled the misadventures of an eccentric family of British inventors at the turn of the century.

Henry credits his drive to be a writer to West Seattle High School teacher Dorothea Mootafes, or ‘Miss Moo’ to all of her devoted students. A portion of revenues from Alki Point Amazon print book sales from June 7 to June 20 will be donated to the West Seattle High School Alumni Association to be used in their scholarship program. The book will be available in both print and Kindle versions.

Preventing separation anxiety in pets after the COVID-19 lockdown

Preventing separation anxiety in pets after the COVID-19 lockdown

Bills Using ‘Hail Murray’ as Motivation as They Return to Arizona