Could voter engagement and democracy be better served with a younger voting age? That
question is explored in a new book, “Votes at 16: Youth Enfranchisement and the Renewal
of American Democracy” by Niall Michelsen, associate professor of political science
and public affairs at Western Carolina University.

The book comes in wake of a contentious election cycle and political upheaval, with
unsubstantiated claims of voter fraud and vote tampering. Political institutions are
under intense criticism.

“Increasing voter turnout will make the American electorate more representative of
the country and add needed voices to political debates,” said Michelsen. “The timing
of the book’s publication coincides well with current events and should add to the
discussion. At a time when citizens despair of their political system is exactly when
we should consider options to improve its functioning.” 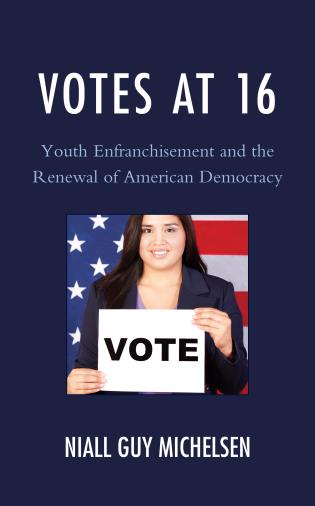 Many changes to voter requirements have occurred since George Washington won the presidential
office in 1789. In 1971, the age requirement was dropped from 21 to 18 years of age
with the 26th Amendment. It may be time to lower it once again, Michelsen said.

Michelsen analyzed the nature of voting habits and concluded that too many citizens
start their adult lives as non-voters and become habitual non-voters as a result.
Using voter turnout data and demographics, he writes that lowering the voting age
to 16 would help both college-attending and non-college-attending young adults develop
voting habits and raise voter turnout.

“By being allowed to vote at a younger age, a generational shift would occur,” he
said. “The book elaborates on that aspect and examines the beginnings of civic involvement
and education. A lifelong commitment to participatory democracy should start sooner
rather than later.”

Why RV Road Trips Are The Most Romantic Way To Travel

In defence of “trashy literature” – Palatinate