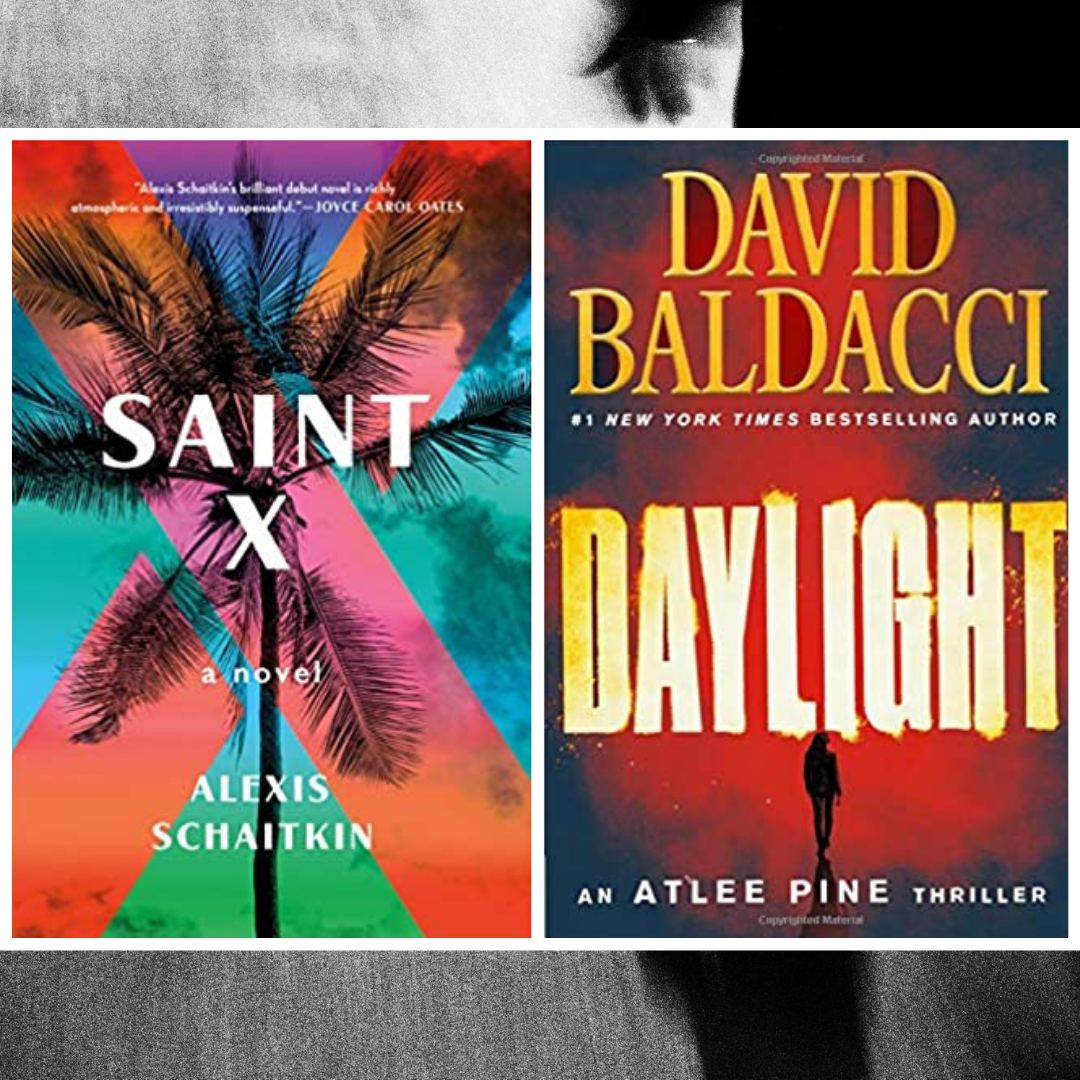 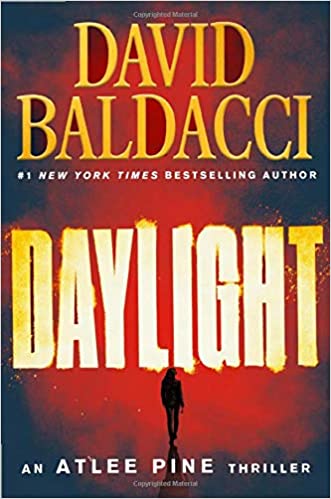 The underlying theme in David Baldacci’s Atlee Pine thrillers is Atlee’s search for her twin sister. When the girls were just 6 years old, Mercy was abducted and Atlee was bludgeoned and left for dead. Now an FBI agent, Atlee has continued to search for her sister.

In the second in the series, “A Minute to Midnight,” Atlee visited her Georgia hometown — a forced “vacation” after having violated FBI protocol in the capture of a child abductor. Accompanied by her assistant Carol Blum, the two were making some headway investigating Mercy’s kidnapping when they got involved in hunting down a serial killer in the small town.

In Baldacci’s third Atlee Pine thriller, “Daylight” (Grand Central Publishing, 416 pp., $29), Pine’s boss has grudgingly allowed her to extend her time off to follow a lead to Mercy’s kidnapper, Ito Vincenzo. She and Blum head to New Jersey — where, not surprisingly, they get caught up in yet another criminal pursuit.

When Atlee unwittingly botches Army investigator John Puller’s attempt to collar Tony Vincenzo, a small-time pill maker he hopes will lead him to bigger lawbreakers in a drug operation at Fort Dix, she is determined to make it up to him.

Puller, the protagonist in at least four Baldacci novels, is a decorated combat veteran and the top investigator in the Army’s CID (Criminal Investigation Division). In the course of their joint pursuit, they discover a connection between his case and Atlee’s quest to find out what happened to her sister.

The story is filled with intrigue and action, from the murder of Puller’s CID sidekick, to the fatal shooting (and subsequent cover-up) of a young black teen with a brilliant future, to an inexplicable stonewalling by state and federal law enforcement. When a four-star general and vice chair of the Joint Chiefs of Staff is relieved of his command after meeting with Puller, and Puller is almost killed during an attack in his apartment, his brother Bobby shows up and is drawn into the investigation.

This is not to suggest that Pine, a former Olympic-caliber weightlifter, is exempt from her own share of action. She survives a knockout injection to find a young woman nearly decapitated beside her, escapes a man attempting to do the same to her, successfully bests a boxer in the ring, watches a bullet invade Puller’s chest, and, when she finally locates him, tries to help Tony evade a barrage of bullets.

In the process, she will uncover evidence that Mercy survived her kidnapping. But you’ll wonder if that’s an underlying theme destined for a happy ending, or one that won’t be fully resolved as long as Baldacci is turning out Atlee Pine thrillers. 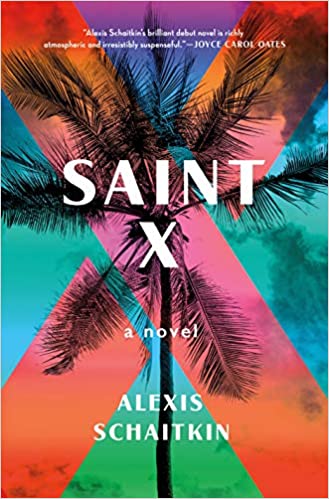 Alexis Schaitkin’s debut novel “Saint X” (Macmillan Audio, 10 CDs, $39.99) opens on a Caribbean island where the Thomas family has arrived for a week’s spring vacation. Alison, near completing her first year at Princeton, is bored. She secretly befriends some of the local boys employed at the resort, sneaking off to meet them to drink and smoke pot after her parents are asleep.

Her younger sister Claire, “Clairy” to her family, is only 7 years old and adores Alison. In spite of the age gap, Alison is kind and affectionate toward Clairy. When Clairy awakens one morning to find Alison missing, she is bereft.

When Alison’s body is later discovered on a cay off the coast of Saint X, a police investigation leads to the arrest of two resort employees. But they are released when the evidence against them is insufficient. Alison’s parents are determined to see the perpetrator(s) brought to justice, but with no other leads they eventually are forced to give up.

Years later, Claire — now going by her middle name Emily — is working at a New York publishing house when she notices the name and photo of an Uber driver transporting her. Realizing Clive was one of the men initially accused of her sister’s murder, she deliberately leaves her phone in his car with the intention of seeing him again. Thus begins Emily’s quest to get to know the man.

At first, she stalks him, then befriends him at the restaurant where he has dinner each night. Over the months there develops a quasi-friendship, though for various reasons — most notably class, race and education — neither can fully trust the other. Eventually, Emily’s increasing need to learn what really happened to the sister she hardly knew grows into an obsession that impairs her job performance and threatens her fragile relationship with Clive.

Schaitkin has penned a positively riveting first novel fairly dripping with suspense. Beautifully written and sensitively constructed, its characters are real and its atmosphere palpable. You can be confident we’ll be hearing a lot more from this author.

#LoveCapsule: My supportive partner cured my depression and anxiety

#LoveCapsule: My supportive partner cured my depression and anxiety

Books and literary gifts for that newly minted graduate